The Eller College of Management, one of the largest colleges at the University of Arizona with the University’s most sought-after degrees, continues to build on a tradition of excellence begun in 1913.

The college is also home to top-ranked entrepreneurship, MIS, MBA, doctoral, and undergraduate programs, and leads the nation’s business schools in generating grant funds for research. 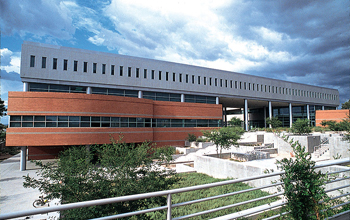